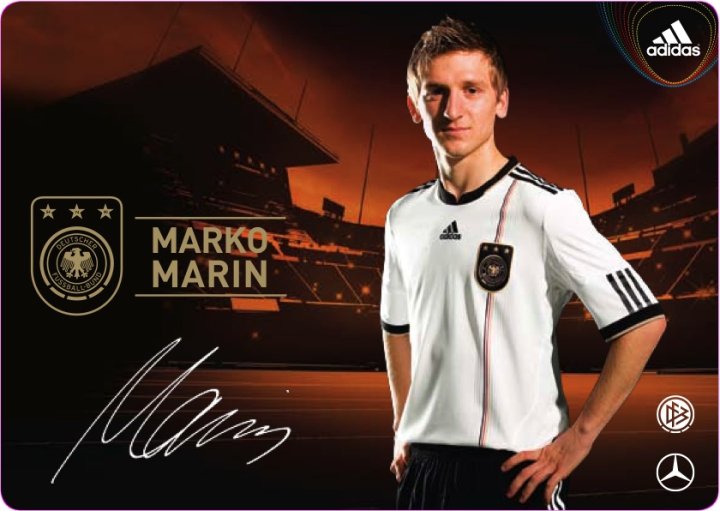 
It’s the biggest tournament in world football and everyone is looking forward to it. I believe we have the potential to go all the way.

The game against Serbia will be special for me. I was born in the former Yugoslavia and have a lot of friends there.

Original article from FIFA.com「Marin: We can go all the way」 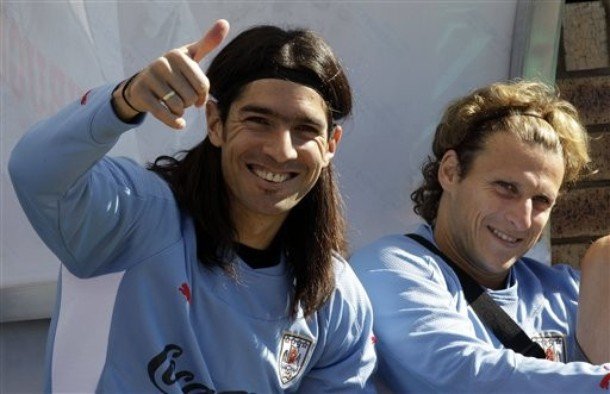 A national coach can’t afford to ignore an experienced player who’s is in great form, is winning titles and scoring goals in a league as strong as Brazil’s...

Abreu on his importance to Uruguay

Original article from FIFA.com「'El Loco' Abreu at home in Rio」 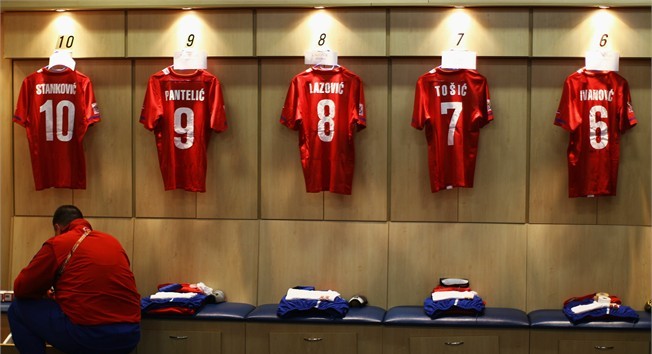 「前進南非 The road to South Africa」 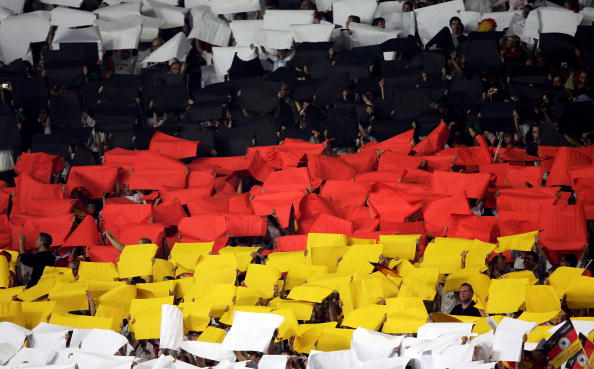 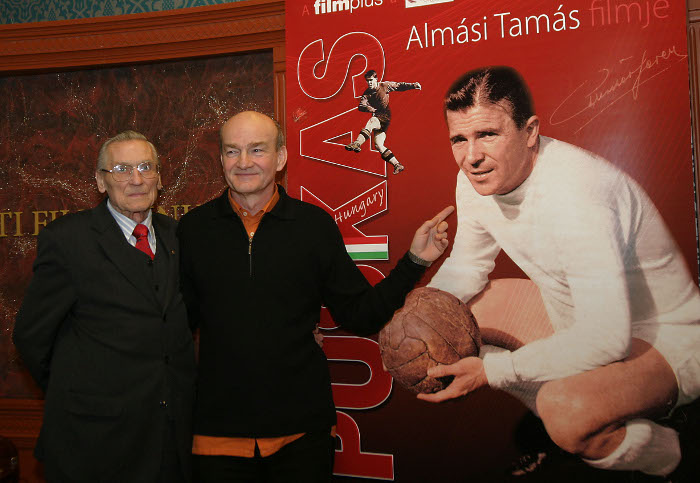 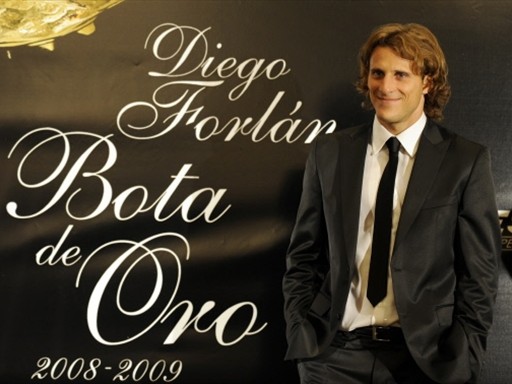 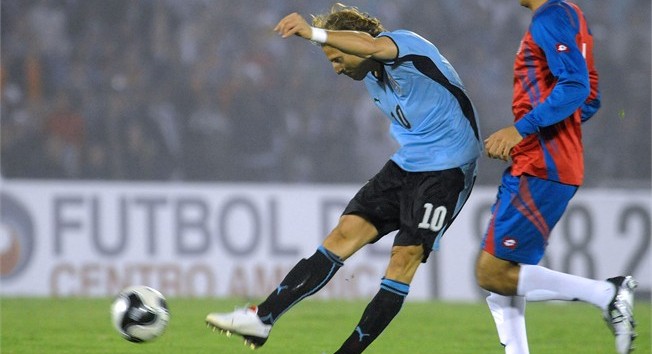 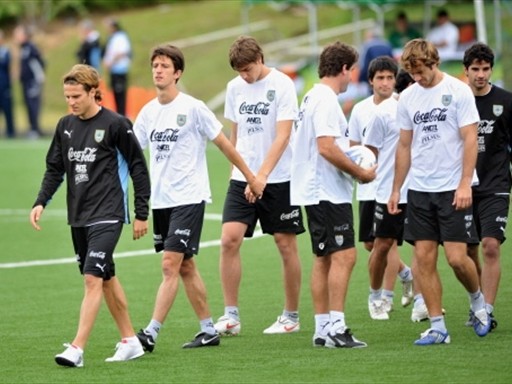 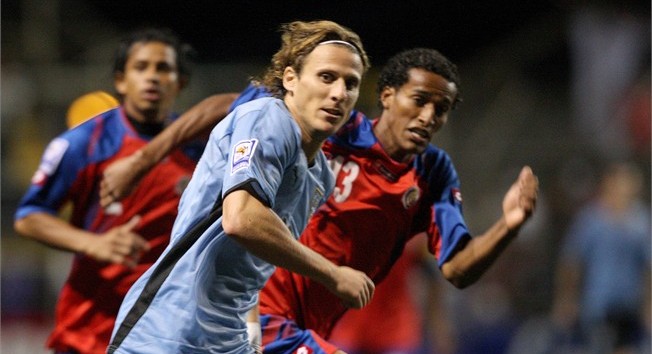 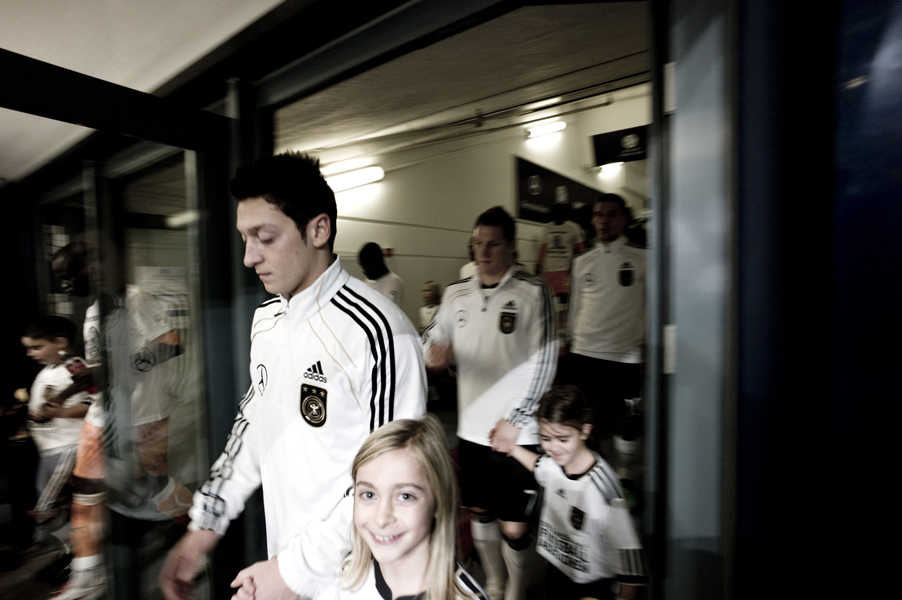 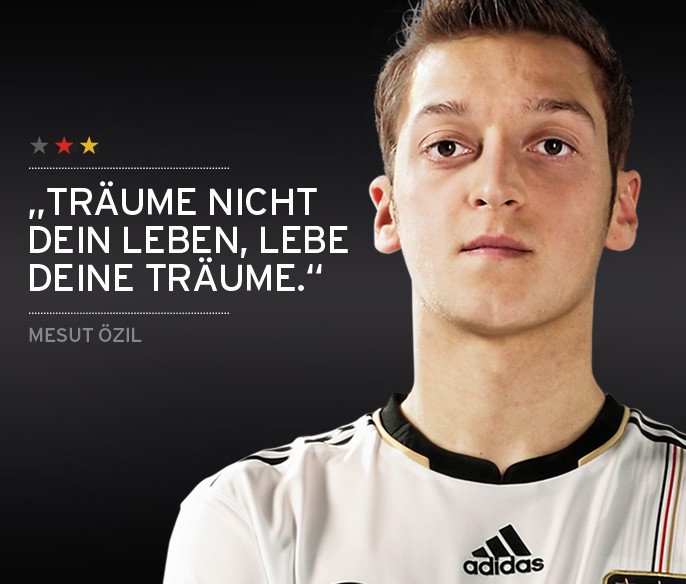 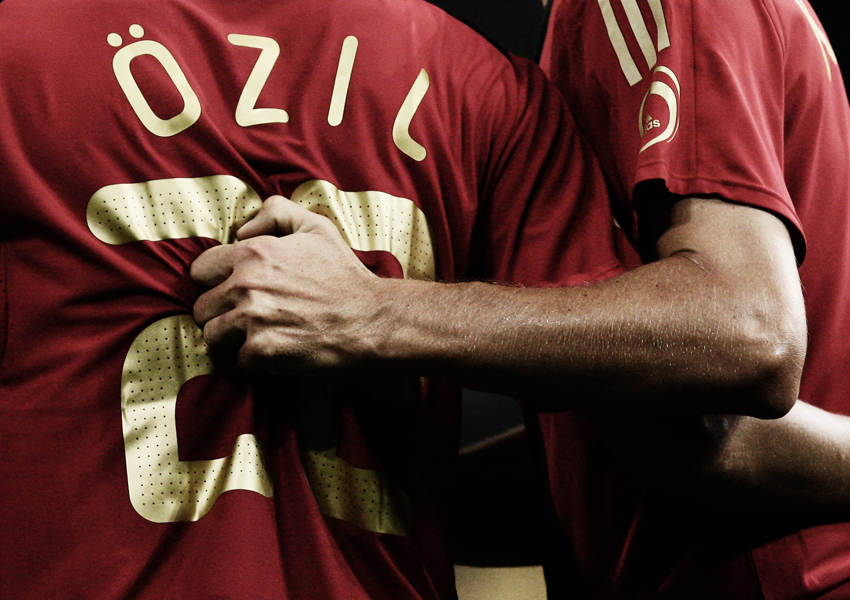 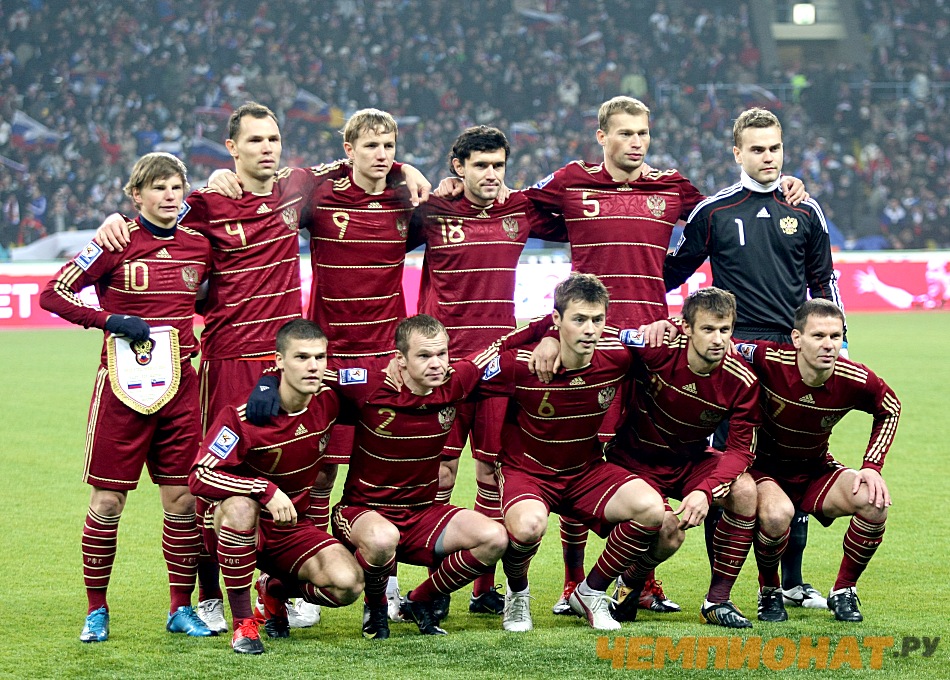 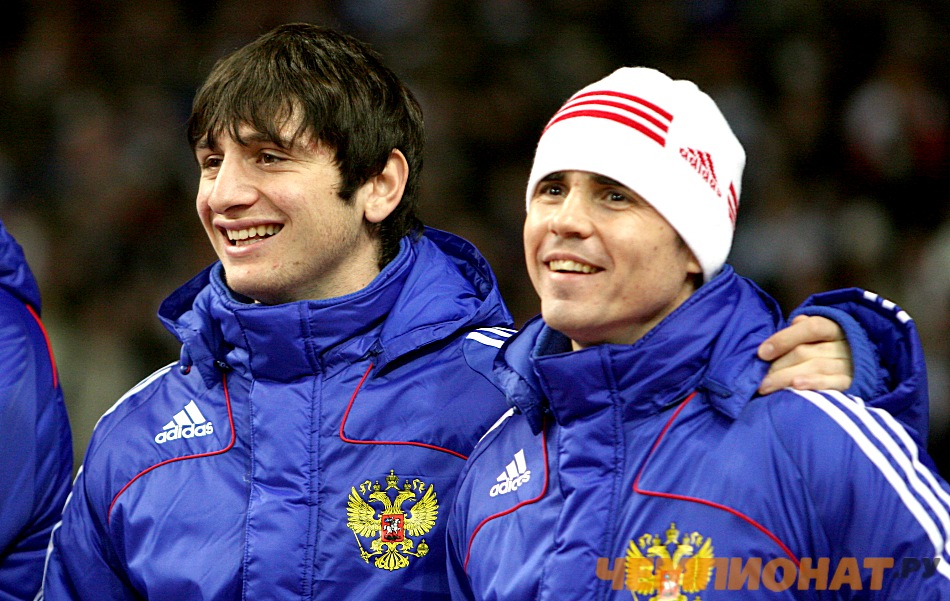 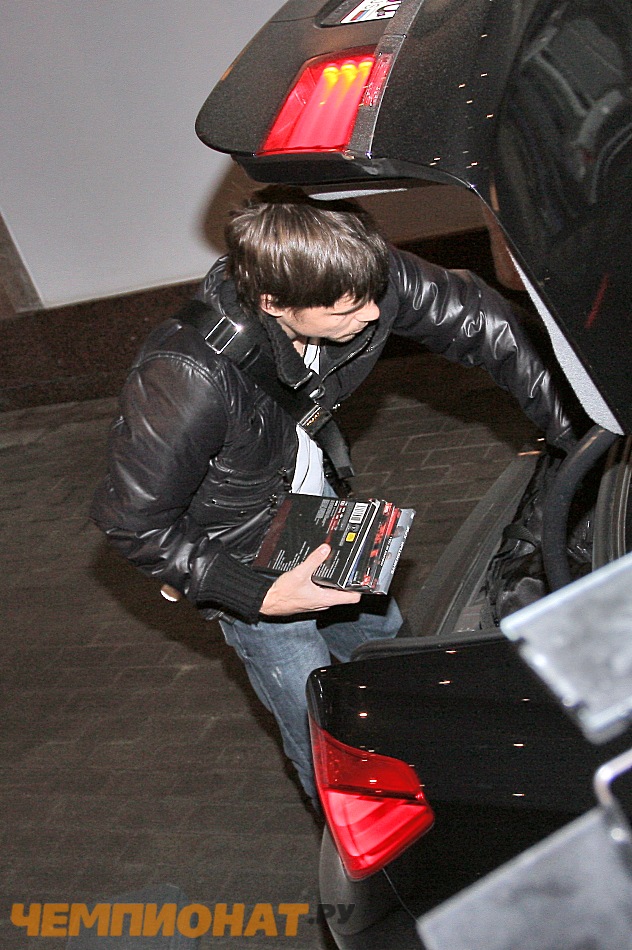 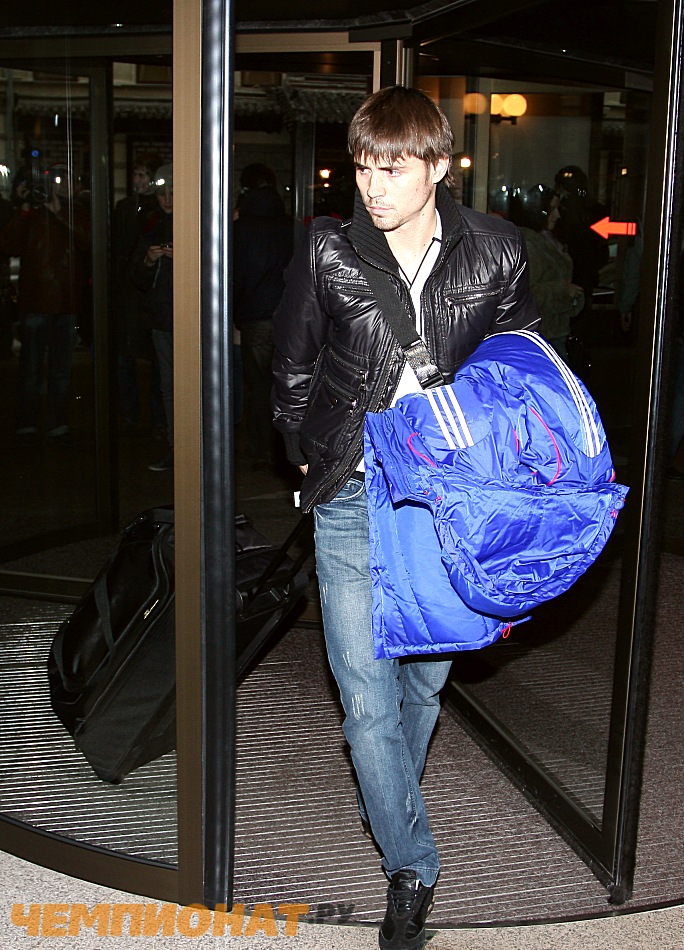 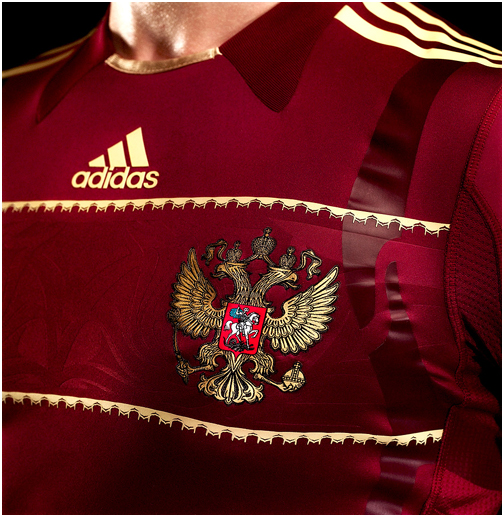 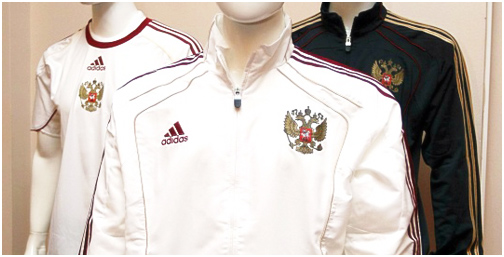 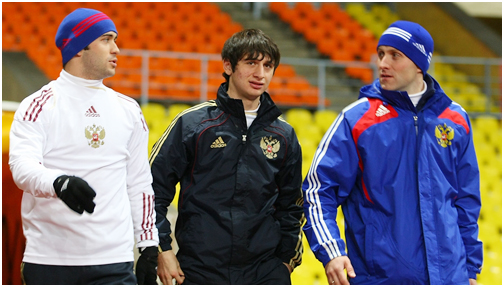 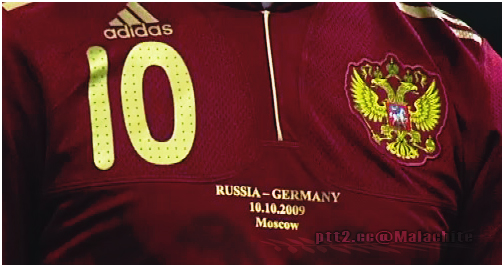 (1 - 0) Dzagoev (CSKA Moskva) scores!
Alan Dzagoev shows why is he is so highly regarded by many in Russian football as he picks the ball up 30 metres from goal, darts forwards a few paces and fires in a shot that dips over Rüştü Reçber.

(2 - 1) Dzagoev (CSKA Moskva) scores!
Hope for CSKA in Germany as Alan Dzagoev pulls one back against Wolfsburg, driving into the rigth channel and firing across Diego Benaglio. 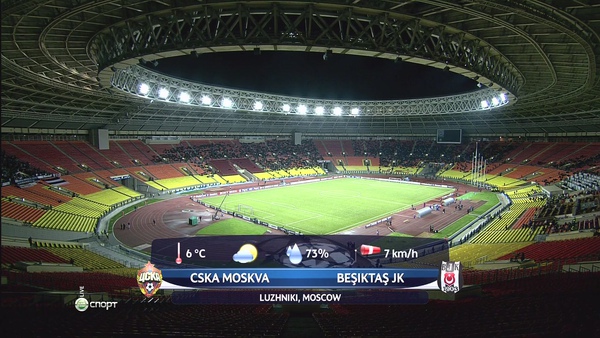 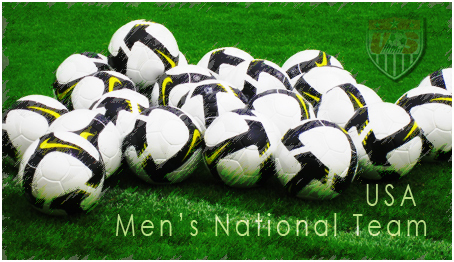 The MNT Blog caught up with Chivas USA midfielder Sacha Kljestan, back in his hometown of LA after appearing against Argentina this past week at Giants Stadium. The Blog tracked down Sacha after training today, and bombarded him with a series of questions:

So you went to college at Seton Hall. Was it nice to be back in New Jersey this past week?
It was cool. My brother is still there and I've got a lot of friends and family still in the area. Playing at Giants stadium is always fun.

How many tickets did you have to hand out for those games?
Well for the Chivas game tickets were a bit easier so I had 25. For the national team I had 10, so kind of had to leave some people out but it was still good to get some people to the game.

When you come back to LA what's the first thing you like to do? Beach? Food?
I just like to relax, get back to day to day life and hang out with family. On this trip we had the one day off so we were able to hang out by the pool, relax and get some sun. It was nice.

What's the best thing about summer in Southern California? Pool Parties?
Definitely the weather. You can be at the beach and be outdoors all day long and it never gets too hot, there's always that summer breeze coming in from the ocean.

So what famous player's hairstyle are you trying to emulate?
I'm just trying to grow it really long, which is how I used to have it when I was younger. We'll see how long I can get it before I get sick of it and just shave it all off.

That's going to be a pretty tough battle during the summer. It gets pretty hot out...
Those hot summer game in Texas are going to be pretty tough. I've just got to deal with it.

Yeah, you just have to fight through - The Blog knows this from its own long-haired experience.
Peter Nowak gave me this headband though and it makes it better. He said I couldn't wear a grey one anymore and gave me a black one - it looks really nice.

We could all use fashion tips from Coach Nowak. He is, in fact, the only one who wears a suit on the plane (and looks pretty dapper in the process), so maybe we should all be taking the hint. Have you been able to watch any Euro 2008 games at all?
Its been a great tournament so far and I'm excited to see how the group of death turns out.

Who'd you pick to win?
I have Italy beating Germany in the final and so far they've both lost a game. Not looking too good, but the tournament is still wide open so we'll see what happens. Italy's notorious for that slow start but hopefully they pick it up a little bit in the last game.

The Blog picked France to win (what were we thinking), so one of us will be out after next week. You played in front of close to 80,000 against Argentina this past weekend. Was that the craziest crowd you've ever played in front of?
I think that was probably it. Once with Chivas we played a doubleheader with Barcelona and I think there were about 93,000 people there, but most of them weren't in their seats until the Barcelona game started. This one, as far as how good the crowd was for both sides was really special. The American fans were great.

In regards to crazy crowds, what's the wildest thing that's ever happened during a game you've played in?

The streaker in Tampa was classic and the kid that ran on the field against Argentina was pretty sweet too. He got tackled really hard and he looked about 12 years old - we watched the youtube video of it yesterday.

Too young to order a beer in his native USA, 20-year-old Michael Bradley is already displaying a startling level of maturity and versatility.

For his national team the youngster slots into a holding midfield role as if he were born to snuff out opposition attacks and purvey the prosaic disruptive arts. However, with Heerenveen in the Dutch top-flight, he finished this season as club top scorer, grabbing no less than 18 in all competitions. The haul, which helped his team to a fifth-place finish, broke the record previously held by Brian McBride for goals scored in a single season by an American player in Europe.

When FIFA.com asked him which position he prefers, young Bradley's response was somewhat surprising. "I see myself as being more of a defensive midfielder," said the son of national team manager Bob Bradley. "Yes, I enjoy scoring goals, but I also enjoy breaking up the play and long-term I feel I have better qualities in the centre of the field."

International heights
The New Jersey-born star played the holding role to perfection for the USA at last year's FIFA U-20 World Cup in Canada, where his match-winning goal against Uruguay helped them to the quarter-finals. He arrived in Canada days after helping the American senior side to a fourth CONCACAF Gold Cup crown; though he missed the final against Mexico in Chicago after being sent off in a bruising semi with Canada.

Bradley, just 20, has already amassed 19 caps for the full senior team and after two seasons in the Dutch top flight, he is attracting interest from established sides in the English Premier League, Everton and Newcastle among them.


A move to England would well suit the powerful player, measuring in at over six-feet tall. "I'd love to play in the Premier League," he smiled. "I'm aware of the rumours currently going around, and hopefully something will work out on that score. It would take a little bit of time to adjust, but I'm confident that I could adapt and do well."

European lessons
A move could take place during this close season with only a year remaining on his contract at Heerenveen. However, the youngster, who left for Dutch shores at only 17 after a season with New York in MLS, sees Europe as a move that would benefit all young American players.

"I fully recommend moving across to Europe for other young American players. The game here is different. In the top leagues the games are tougher, quicker, faster and harder than they are in the MLS," he said. "The more guys we can get playing in these type of games, the better I think we will do as a national team."

Currently in an extended training camp with the USA which brought a pair of losses to England and Spain, Bradley sees the stiff competition against some of Europe's better sides as critical in the young team's development.

"Playing against some of the best players in the world can only help us," Bradley added after a 2-0 defeat to England at Wembley that drew heavy criticism for the USA. "Unfortunately, where we are geographically means that we play a lot of games against weaker opponents in CONCACAF. We have to: those are the games that get us to the World Cup."

Road to South Africa
The Americans begin their qualifying campaign on 15 June with a game against Caribbean hopefuls Barbados in Los Angeles, the return leg coming seven days later in Bridgetown.

Bradley, for one, is hoping it's the first step toward his debut FIFA World Cup™ in 2010.

"I'd love to play in the World Cup in South Africa, but it seems very far away at the moment. We need to learn lessons from these games in Europe and take them on board for our qualifiers. We're quietly confident of getting there with this squad, but there is a lot of football to be played between now and then."

Bradley and the Americans will have one more friendly, against Argentina, on Sunday in New York.