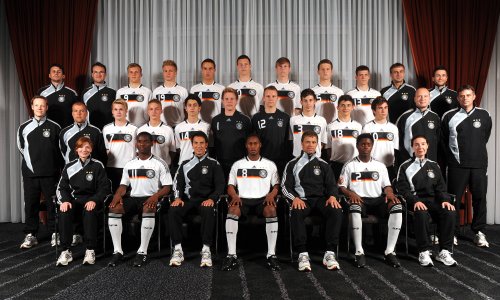 「Ercan tasked with Terim's U17 plan」 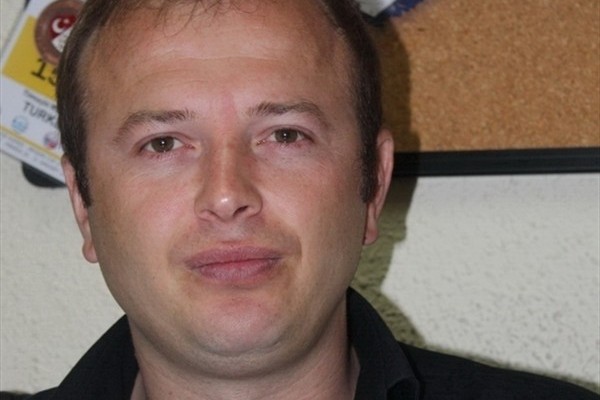 A year ago Turkey reached the UEFA European Under-17 Championship semi-finals on home soil; having qualified again this season they begin their campaign on 6 May with what will be a well-attended match against hosts Germany in Erfurt. Former Turkey left-back Abdullah Ercan, a 2002 FIFA World Cup bronze-medallist, took over the U17 team ahead of their successful Elite round campaign in March and told uefa.com about the challenges he has faced, and indeed the team will face in the group stage against the hosts, England and the Netherlands.

uefa.com: You were appointed after Turkey qualified for the Elite Round. Did you revamp the squad or change the tactics?

Abdullah Ercan: Turkey coach Fatih Terim requested administrative change to be carried out in order to create a consistent playing style for all the national teams from U15 to seniors. Turkey assistant coach Metin Tekin became the technical director of the U15, U16 and U17 national teams so that there is increased communication between youth sides and the senior side. First thing we did after my appointment was to settle a playing system by using the tactics of the senior team such as 4-3-3, 4-1-4-1 and sometimes 4-5-1. Essentially making midfield and attacking modifications without changing the defensive lineup.

uefa.com: Turkey won the Winter Tournament in Israel, finished second at the La Manga tournament and finally won their Elite Round group. Does that mean you were able to communicate your philosophy to the squad?

Ercan: We were only able to reach the 30 per cent of our targets. It was not easy to do that because they had been playing with a different formation over the last two years. They improved their passing and positioning. However, now we need to focus on finishing touches where we have the biggest problem.

uefa.com: Turkey had to beat Finland in their last qualifier to reach the finals. What made the job so hard for your team?

Ercan: The Elite round is quite stressful because only the group winners can advance to the finals. That makes players nervous during games. That's what happened to us. Secondly, dramatic changes can happen to the performances of young players related to puberty, their family or girlfriend problems. Lastly, if our matches are analysed, we had many chances to score. Against Romania we hit the bar three times and missed five clear opportunities in the last five minutes against Wales. Our final match against Finland could have ended with a score like 7-0. It was all about the finishing.

uefa.com: What do you like most about your team?

Ercan: We are on a nine-game unbeaten run: Five wins and four draws. One of the most important attributes of our team is we never surrender. If we concede, we react immediately. That very important. There is a good friendship within the side too.

uefa.com: How do you see your chances in the finals?

Ercan: I totally believe our players will be more comfortable in Germany. Now that they are among the final eight teams, they will have more confidence. Six or seven of our squad are based in Germany so they are used to the environment and climate which is another plus. I have faith in the quality of my players. Speaking about our opponents, they all play similarly to their senior sides. This team hasn't played our [group] opponents except for the Netherlands. England have always been physically strong but we don't know much about Germany. We attach special importance to opening matches. Our first game will be against the hosts and we expect a lot of Turkish supporters. The first target is to win the opener, then claim a top-four finish and finally to win the tournament. We also aim to reach the FIFA U-17 World Cup in Nigeria [by finishing in the top three in their group]. 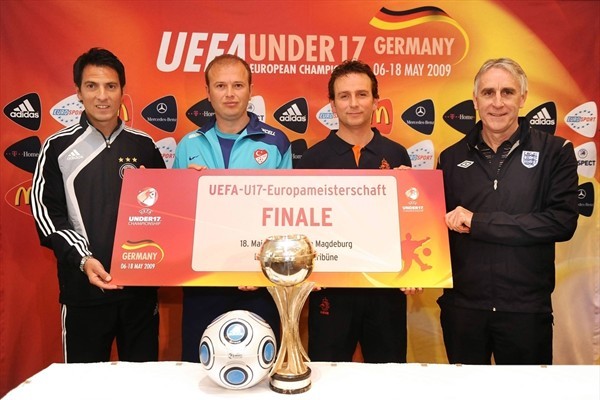 Jose Baxter has been at Everton since he was just 6 years old!
Born in Liverpool in February 1992, he joined the Everton first-team squad that toured Switzerland and America during the pre-season…just two months after leaving school!A player of immense natural talent he can perform in midfield or attack and has represented England at every age group up to Under-17s.He scored his first goal for the senior team when he equalized at Nottingham Forest in a friendly match in July 2008. 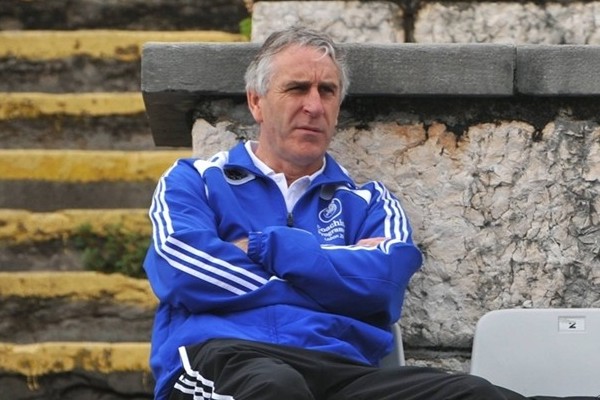 On Wednesday John Peacock will lead England in the UEFA European Under-17 Championship finals for the fifth time in seven years. They were runners-up two years ago, and having qualified from a group containing Serbia, Portugal and Hungary with a game to spare, this season's squad are in position to do well again even though they are up against the Netherlands, Germany and Turkey in a tough pool. Peacock spoke to uefa.com about England's chances of success.

uefa.com: Did you expect to qualify with a game to spare?

John Peacock: If you had said before that we would ever have got to that situation I would never have believed you. I think without doubt it was one of the toughest groups of the seven. I'm pleased to have come out of the group unscathed with nine points but it was a really difficult one to come out of.

uefa.com: Can you reach the final again?

Peacock: We'll be delighted if we did go that far. But I'm looking at the eight teams in the tournament and I think any one of these eight could potentially win it, no doubt about that. It's probably the strongest since I've been involved with the FA, about seven years, and I just think we're glad to be here in a [FIFA U-17] World Cup year, with the mindset of trying to get to the semi-finals at least and go from there.

uefa.com: What do you know about your group opponents?

Peacock: Very little, if I'm honest. If you look at the other group, we've played Italy, Spain and France this year so we know a lot more about Group A than Group B. We'll do our homework, just as they'll do against us.

uefa.com: How do you rate this year's squad?

Peacock: There is definitely potential in the group. We've had a couple of defeats against Portugal, lost to France as well, it's been a big of a roller-coaster year to be honest but everything was always focused toward the Elite round, having got through a relatively difficult qualifying round group with Spain. All our attention was geared on getting the squad right for the Elite round. I think we did a good selection there, the lads were completely focused on that event. If we do the same again, who knows? There are some talented players but we have to focus as a team as well.

uefa.com: There should be some big crowds in the finals, especially when you play Germany on 9 May ...

Peacock: If you can get lots of people there in the European Championship finals, it is a great occasion for the lads and something they'll look back on in their career in years to come and say it was great to be part of it. I hope it's a successful one but I hope they get a lot out of it from a personal development point of view, and I'm sure they will.

uefa.com: Several players you have taken to U17 finals have quickly made their name on the senior stage, what benefits does this tournament bring?

Peacock: Getting them into world and European finals is crucial, that experience can only stand them in good stead in their long careers. To see the likes of [Daniel] Welbeck, and Theo Walcott who was in Italy in '05, without any doubt it is fantastic experience for them and it just goes to show that it is a foot on the ladder and hopefully we can keep climbing that ladder. 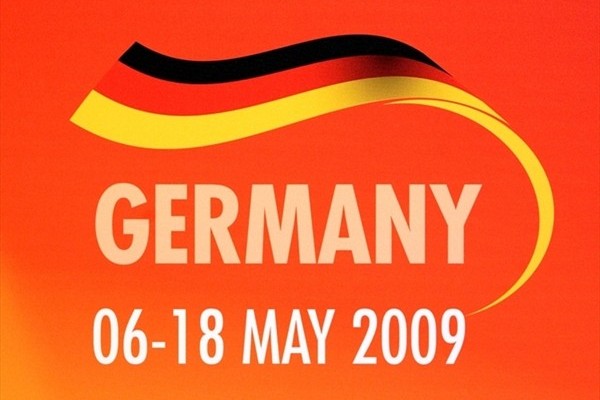 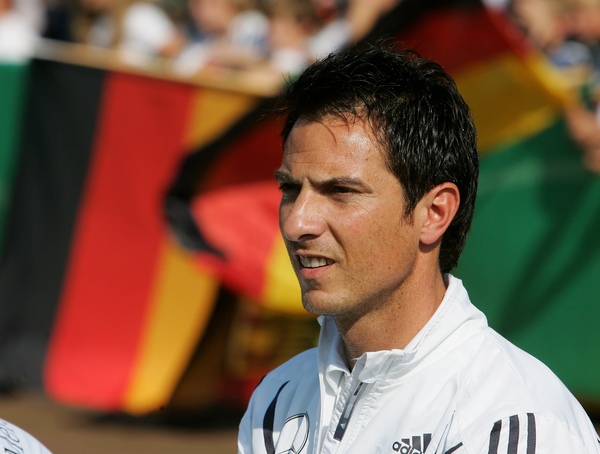 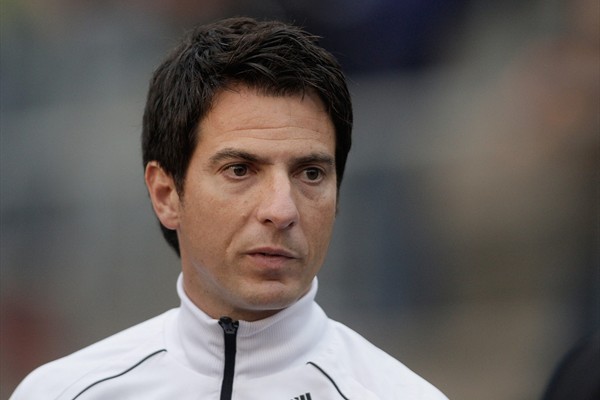 No host nation has won the UEFA European Under-17 Championship since 2004, and Germany's last victory in the junior competition was in its U16 guise in 1992, but coach Marco Pezzaiuoli has been charged with ending both those runs in this year's finals from 6-18 May. The 40-year-old never played at the top level but has had more impact as a trainer, acting as caretaker coach at Karlsruher SC and working in South Korea. He took over the current Germany squad as U16s in summer 2007 and is optimistic about their chances, with their last friendly on 12 April against Bulgaria in Gera.

uefa.com: How are preparations going?

uefa.com: Between the summer and the new year, things didn't look quite so good; there were only two wins in nine outings, with three draws and four defeats...

Pezzaiuoli: Looking back, I would consider those games to be part of a rebuilding phase. We played against top teams, such as Italy, Spain or the Netherlands, and were never overwhelmed; they were all close-run matches with marginal results. We learned a lot from those games.

uefa.com: What has made the difference since then?

Pezzaiuoli: We had a very large squad in 2008, many players were used and we tried out quite a few things. That's all different now; everyone has got to know one another better and a real team spirit has developed. The team is gelling more from match to match.

uefa.com: Admittedly the games have only been friendlies – as hosts, your side qualified for the European Championship automatically. Is that a disadvantage?

Pezzaiuoli: It's both an advantage and a disadvantage. On the one hand we are under less pressure at the moment and can experiment more. On the other hand, in friendly games, a distinct element of tension is missing. When things finally get under way we'll know more.

uefa.com: That will be the opening game on 6 May. What are your team's hopes?

Pezzaiuoli: The anticipation is massive. We've worked long and hard for this and naturally want to go as far as possible – preferably to the final. We may be lacking the technical qualities of the Spanish, but you need more than just that to win. The fans will definitely get to see some very strong teams.

uefa.com: They should get behind your team too. How valuable is that home advantage?

Pezzaiuoli: That's difficult to say. For teams in this age group the weight of expectation, and the ever-increasing pressure, can become a disadvantage. From the U19s onwards, the players start to understand how to make use of such an advantage. [The coaching staff] must show the team how to make use of the energy created by the crowd.

uefa.com: What is the key to taking the European Championship title?

Pezzaiuoli: A great deal of effort, self-confidence, respect for every opponent and absolute will to force luck when need be.